With so many celebrities making it increasingly common, it gets more challenging for parents steer daughters away from it.

Many of us say when it comes to how old we are, age is just a number. But when it comes to who our teenage daughters are dating, and who they fall in love with, let's be honest, age does matter.

With some celebrity couples having large age gaps, there is cause for parents to wonder how they would feel if their teenage daughter was dating someone old enough to be their parent, how they would handle it. and if there is need for concern.

Dane Cook, a 46-year-old actor has been dating 19-year-old singer, Kelsi Taylor. The 27-year age gap has left some thinking the relationship is "creepy" and while other celebrity couples such as David Hasselhoff, 66 and Hayley Roberts, 38 have an even bigger age gap of 28 it’s just not the same—the fact that she is not a teenager, and has more life experience which makes it not as concerning if she were still in her teens.

As a mom to a 13-year-old, my daughter's happiness is the most important thing to me of course, but I wouldn't be comfortable if she was dating someone over 20 years her senior. It would make me wonder if her father or I had failed her in some way or if she was acting out in need of some other attention she never got as a child. I want her to be with someone who is on her level and able to go through life experiences with her.

Family Covers spoke with experts on the subject who offered some advice for parents of teen girls on how to prevent this from happening and how to cope with it if it does.

Why Do Some Teen Girls Gravitate Towards Older Men?

First, it’s important to understand why this happens. Carla Marie Manly is a clinical psychologist who tells Family Covers, many young girls fall for older men because of an "unconscious need to feel safe and loved," she says. Many of them "unknowingly" seek love and affection from age-inappropriate man to feel a "sense of being fathered and protected," she says.

Most much older men who seek out younger women, especially teenagers, do so because of a need to "control the person who is seeking love and attention," says Manly.

And whether the older person is male or female, they often feel an "ego-boost as a result of having captured a younger person," she explains.

As we get older, age gaps matter less but it's important to note that teenagers benefit most from relationships with those who are the same age as "it's vital to have similar emotional, cognitive, and physical maturity levels when dating," says Manly.

Raysha Clark is a licensed associate counselor in Arkansas who says you must keep an open dialogue around the subject without using "lewd and crude words," as that can make your daughter go into “rebellious mode,” she says.

Bringing up the conversation can be tough, but Clark suggests talking about some "hopeless love experiences you've had." Make sure it is just a conversation, not a lecture. If your child feels like you are lecturing them, you are more likely to lose them as soon as you start talking.

Manly adds the best thing you can do to prevent your daughter from being drawn to an age-inappropriate partner is to "provide consistent, loving parenting" as sound parenting helps grow confident children and will naturally draw our kids to date people their own age.

Don't forget to discuss this topic with your children (even if they aren't dating an older person and you don’t think they ever will), and address the reasons why dating someone much older isn't beneficial to them. Let them know the older person is often "controlling, needy and dependent," Manly says. And make sure your conversation is open and allows for "back and forth dialogue" that will promote “critical thinking and awareness."

Our teenage girls have social media to lure them towards older males these days so it's important to pay attention to what they are doing and who they are talking to.

Clark says teens have "limited emotional psychological, and cognitive development" which can make them "rebellious, awkward, moody, and make them have a very limited ability to calculate risks."

Start Talking to Your Teens Early

It's important to make this an ongoing conversation that doesn't just happen when you find out your teenager is falling for a someone old enough to be their parent. If you aren't talking about it, you can make them feel like it's a subject they can't bring up, and "the moment you make it taboo, you lose your credibility as a sensible sounding board," says Clark.

Clark adds that fathers need to have a presence in these conversations, too, and start talking to their daughter about their "crushes" at an early age and show involvement.

If Your Older Teen Daughter Is Already Seeing a Much Older Man, Here's What You Need to Do

Clark says if your daughter is already seeing someone much older and you aren't comfortable, you have to live with it. The right thing to do in this case is "support and educate" them as it's entirely possible to "support your child even if you wholeheartedly disagree," says Clark.

When our kids know they are supported, that is what leaves a lasting impression on them. If you are "deemed approachable," says Clark, "you have a better chance of exploring the pitfalls of relationships with people at differing maturity levels."

Don't speak negatively about the person they are seeing, but don't let them come to dinner either. This way you are setting boundaries within your comfort zone without disrespecting their partner.

As a parent we can’t control everything our teenagers do, but being involved, having open conversations and letting them know we support them will go a long way in helping them choose the right partner when they begin dating and beyond.

Katie Bingham-Smith lives in Maine and is a full-time freelance writer. She's writes about all things parenting, food, and fashion. 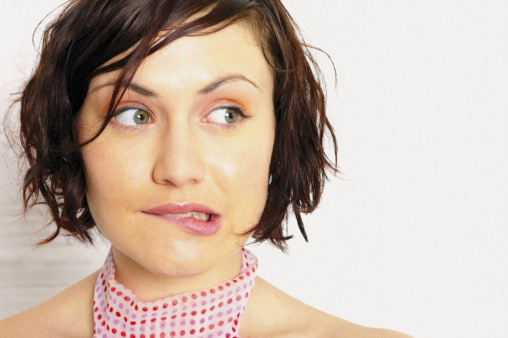