The sexual pressure on today's kids (from peers, pop culture, and their own raging hormones) can be intense. And while there's no way to monitor tweens and teens 24/7, you can (hopefully) teach them to do the right thing. 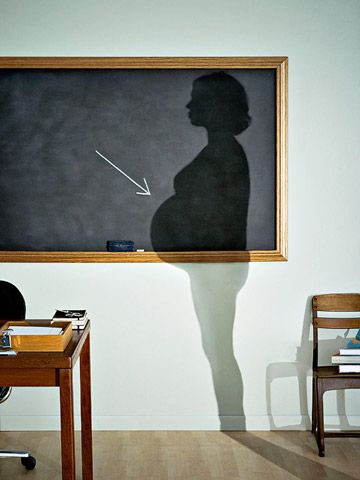 You can't miss it: American attitudes on adolescent pregnancy have taken a big U-turn since the time of shotgun weddings, homes for unwed mothers, and scarlet A's. Nowadays a teen parent might land on a hit reality show like MTV's 16 and Pregnant or its spinoff, Teen Mom, and show up on multiple magazine covers. Or she might, like Bristol Palin, score a role on Dancing with the Stars. And all that openness isn't reserved for the world of entertainment. It's also evident down the block. "My 16-year-old has a peer who's pregnant and the mother's friends are planning a huge shower with gifts, decorations, party games, etc.," says Susan, a Kansas City, Kansas, woman who doesn't want her real name used because she worries that her opinion might offend some people. There have been other modern twists as well—in Gloucester, Massachusetts, 17 high school girls allegedly made a pact to each have a baby. That same year the town's teen pregnancy rate quadrupled.

But acceptance that verges on glamorizing the baby bump can't change the fact that teen pregnancy is still a major problem, for families and for the nation. Every hour, 87 teen couples conceive and 50 adolescent girls give birth. That's more than 730,000 pregnancies annually, which means the U.S. has the highest rate of any industrialized country, according to The National Campaign to Prevent Teen and Unplanned Pregnancy. Although the birth rate among adolescents dropped 2 percent in 2008 (the most recent statistic), it's still higher than it was five years ago. One-third of girls conceive before age 20, and 1 in 6 deliver a baby. Most surprising, about 20 percent of young people's pregnancies actually are intended, says Bill Albert, chief program officer of The National Campaign.

Experts are baffled, given that effective birth control options are readily available and have been for years. They suggest a constellation of possible explanations. For starters, there are many parents who think their kids aren't the ones at risk. About 70 percent of Americans believe most teen parents come from impoverished, single-parent homes. But in truth, two-thirds of pregnant teens live with two parents; 7 in 10 live above the poverty line. "Anybody who says 'Teen pregnancy doesn't happen here' is mistaken," says Sarah Brown, CEO of The National Campaign. "It's everywhere."

Troubling, too, in this age of information overload, is that kids aren't getting complete and accurate facts about how to manage their emotions and physical drives. Though two-thirds of twelfth-graders say they've had sex, only about half report having talked with parents about the decision to do so. Just 43 percent had been given basic details like how to use contraception and, significantly, how to broach the topic with a potential partner, according to the Henry J. Kaiser Family Foundation. So they end up not using birth control, using it incorrectly, or relying on a less effective method for preventing pregnancy. Net result: The contraceptive failure rate is 25 percent higher for teen girls than for adult women.

Most parents confess deep uneasiness, even embarrassment, about discussing sex and pregnancy prevention. "The subject brings up a lot of control issues," says Rosalind Wiseman, author of Queen Bees and Wannabes (Three Rivers Press) and a Family Covers contributing editor. "We're forced to face the fact that our children make decisions without our input and against what we'd choose for them. And the topic also brings up our deep discomfort about the messiness of sexual responsibility and values. We don't like thinking about teen sexual activity, so we deny to ourselves that it exists." Teen motherhood, adoption, abortion, radically different ideas about who a person should have sex with, when, and why—these topics are as fraught for families as they are for society at large. "It's not like the subject of drugs, where you can say, 'Don't ever do it,'" says Karen Troccoli, a professional teen health educator in Bethesda, Maryland. "It's more like, 'Wait. Not yet. Eventually.' The message has to be much more nuanced." Another complication, says Wiseman, is that moms and dads are too apt to believe teens who say they're still virgins. "Kids are great at spinning things in their own minds so they come across as incredibly sincere," she says. "And adults fall for the stories."

Many families depend too much on schools for sex education, says Troccoli. "But those classes meet for only a couple of hours, for a few weeks. Kids need answers all the time." And even parents who are willing to address these issues at home aren't sure what they should be saying. "There's a big concern that by teaching about contraception, you're giving tacit approval to your kids to have sex," she says. "But research shows that's not true. It's like telling your children not to drink, but if you do drink, don't drive." Ignorance doesn't hold them back. In fact, it puts them at greater risk.

What many parents don't realize is that the information being given in sex ed isn't always complete. While 22 states require emphasis on abstinence in these classes, and 17 suggest that contraception be mentioned, to date no state makes it compulsory to educate kids about birth control. Meanwhile, the best approach by far, according to a recent study by the University of Pennsylvania, is instruction that focuses on abstinence until teens are older—but not necessarily married—and answers students' questions about birth control accurately. "I live in an abstinence-only state," says Paula Van Valkenburg, of Spartanburg, South Carolina, who has two daughters who became teen mothers, one at 15, the other at 17. "And at home we had very strict guidelines about dating and sex. If I could turn back the clock, I would have brought up birth control much more often, including how important it was for them not to leave it up to the young man."

Some parents, too, may feel discouraged about competing with the deluge of outside information their tweens and teens are flooded with. And they're right to be concerned. Kids ages 12 to 17 who watch a lot of sexually charged television shows are twice as likely to experience a pregnancy in the subsequent three years as those who watch the fewest, according to a recent report in the journal Pediatrics. The idea of being in the spotlight—whether as star of a TV show or just of your own social group—as well as the unconditional love babies bring, may explain why many teen girls become pregnant intentionally, says Bill Albert, chief program officer of The National Campaign. "Some teens think a baby automatically makes you an adult," he explains. "And others think of a baby almost as an accessory or cool thing to have." Susan, who decided not to let her daughter attend the friend's baby shower, worries that teen motherhood is starting to look too easy. "When we celebrate it that much," she says, "I think we risk making the pregnant girl's peers jealous of the attention. You can show support without forgetting that this is not okay."

There are no guarantees that our kids will make it through their teen years without experiencing a pregnancy. But one truth remains: "The research shows," says Albert, "that parents who brave their own discomfort and talk with their children about relationships, love, sex, and contraception, who express honest caring and concern about these issues, and are clear about what they think and why, greatly reduce their children's risk of teen parenthood." Mothers and fathers, in other words, still have enormous influence—even during those times when what's happening in the moment may overwhelm a kid's common sense.

How to Have a Sex Talk That Will Prevent Teenage Pregnancies

Preventing teen pregnancy requires an ongoing series of short conversations, with plenty of listening on both sides.

Teens who feel connected to their parents delay sexual intercourse longer than those who don't. "Once or twice a week do something just for fun with your teen," says Hatim Omar, MD, chief of the Young Parent Program at the University of Kentucky in Lexington. "When you make yourself available in a relaxed way, he or she will be more likely to come to you about important things."

Decide now with your spouse what messages you want to convey, such as, "Our religion requires abstinence until marriage and we think that's best" or "We want you to finish your education before you have children" or "A loving relationship is based on caring and respect and doesn't have to involve sex." If you've thought your ideas through, you'll be less uncomfortable—and your child will remember what you said, not just how you said it.

To obtain information about contraception, visit the websites of the American College of Obstetrics and Gynecology (acog.org) and Planned Parenthood (plannedparenthood.org). Spark values talks by discussing what you watch together on TV. The National Campaign has partnered with MTV to create discussion guides to 16 and Pregnant. Go to thenc.org/fc.

American College of Obstetrics and Gynecology

Boyfriends and girlfriends should be allowed only in shared areas of the house, not the bedroom. From time to time, a parent should pop in unexpectedly, maybe with snacks. If there's an upcoming party, call and ask exactly how it will be monitored. Will parents be around? Are they planning to be present but off in another part of the house, or will they be checking in occasionally? If the answers don't satisfy you, no party.

When tweens and teens develop talents and abilities through group memberships—clubs, sports, theater—they are more likely to have clear goals, which in turn makes them more likely to think their choices through. "Kids who feel they have a promising future are the most deliberate in preventing pregnancy," says Troccoli. "Hope is a great contraceptive."

Knowing that you disapprove could be what keeps your teen from making a bad decision. "Kids internalize your values," says Ron Zodkevitch, MD, a child psychiatrist in Beverly Hills. "Their own guilt is a stop sign. Make your feelings clear. For example, if you're watching a show featuring a pregnant teen, say, 'If that happens to you, I'll be extremely disappointed.'" Just avoid coming down so hard that your child is afraid to reach out to you when she needs help.

Give your sons and daughters opportunities to babysit, or enroll them in high school classes in which students care for a computerized life-size baby doll programmed to cry, feed, and need diaper changes on a real infant's schedule. Studies show these lessons increase teens' awareness of how demanding and relentless parenting responsibilities are, and make them want to delay the experience. About half of high schools in the U.S. have these dolls. If yours isn't one of them, ask your administration to consider bringing in a program. Go to realityworks.com for more information.

Teens equipped with exact words and phrases are better able to say "No" in the heat of the moment. A girl who is told, "Sex will make us closer," can respond, "Not if I'm worried about getting pregnant. The pressure will drive us apart." A boy urged by friends, "Get laid and be a man," can say, "I am a man. I don't need a pregnancy or a sexual disease to interfere with my dreams and goals." A boy whose girlfriend says, "Don't you like me?" can reply, "Yes, but I respect you too. You're beautiful and I want to get to know you better."

Go over these scripts with your teen

Pregnancy may be hardest for everyone when it occurs in younger adolescents, but it is more common among older teens. So keep the conversation going even after your kids graduate from high school.

Originally published in the February 2011 issue of Family Covers magazine. 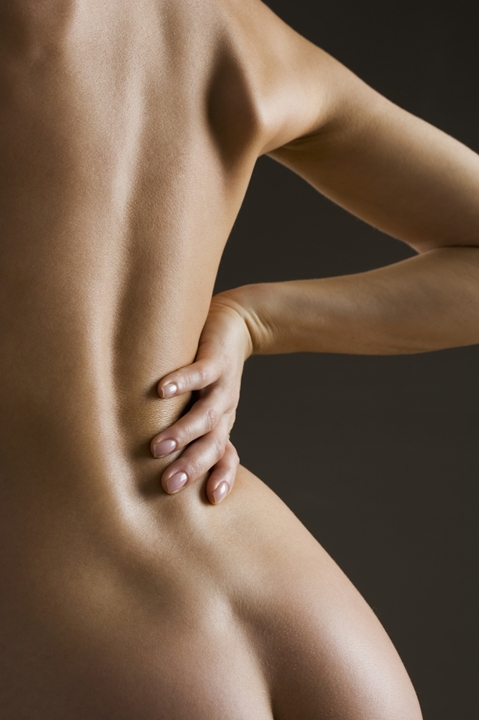 Is It Okay for a Mom to #BreakTheInternet?